During his time as a NASA astronaut, Mission Specialist Dan Tani flew two space shuttle missions and worked on the International Space Station (ISS) for 120 days as a flight engineer. Tani graduated from Massachusetts Institute of Technology in 1988 with a Master of Science degree in Mechanical Engineering. NASA selected Tani to be an astronaut in 1996.

Daniel Tani’s first flight to space, STS-108 Endeavour, launched December 2001. While in orbit, Tani completed a spacewalk tasked with wrapping thermal blankets around the station solar array gimbals. Tani then served as an aquanaut for NASA Extreme Environment Mission Operations (NEEMO) aboard the Aquarius underwater laboratory in 2002. Tani and his fellow crew members lived and worked for one week beneath the Atlantic Ocean as training for the extreme conditions of space.

After retiring from NASA in 2012, Tani was named Vice President of Mission and Cargo Operations for Orbital Sciences Corporation, now known as Orbital ATK. In 2016, he left Orbital ATK and joined the faculty at the American School in Japan teaching science, engineering and design. 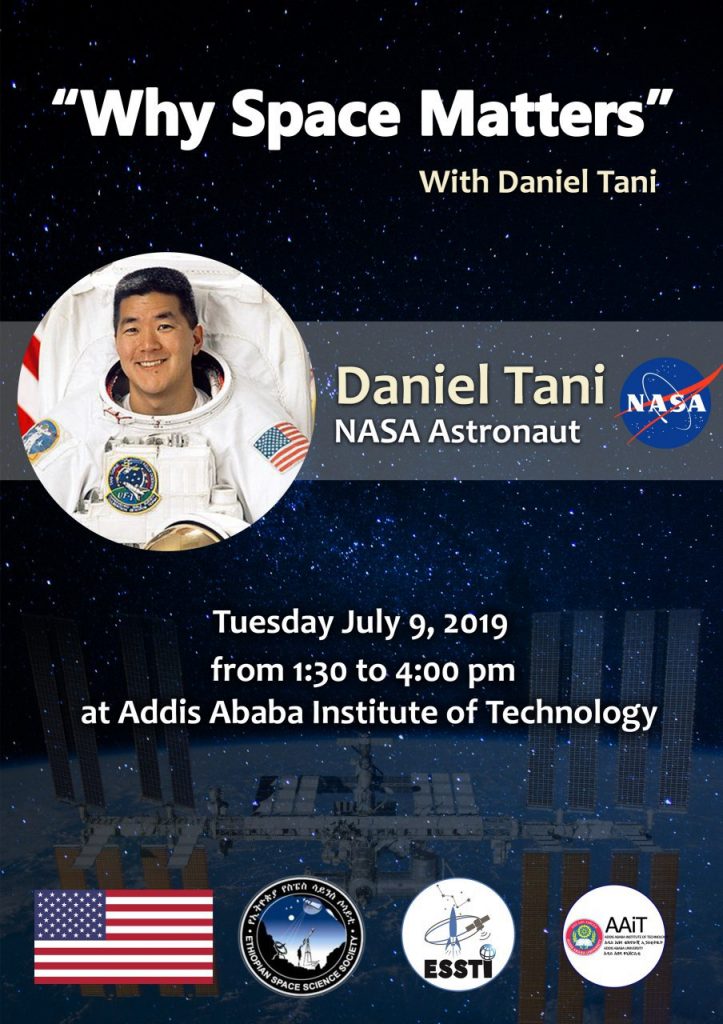 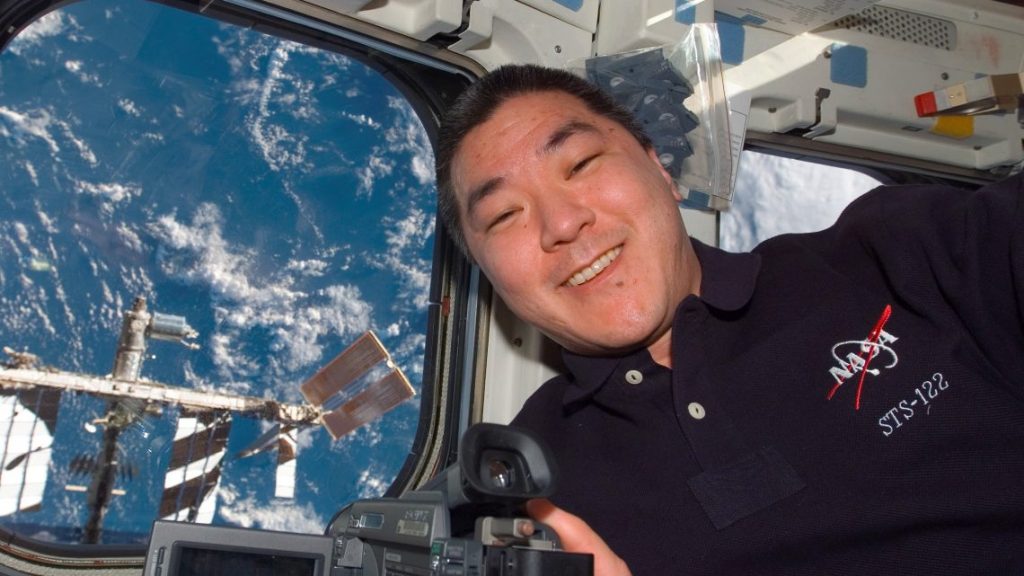 The Ethiopian Space Science Society is very much excited to invite you to a public lecture “Why Space Matters”  by NASA Astronaut Daniel Tani on Tuesday, July 09, 2019 starting from 1:30 pm – 04:00 pm at Addis Ababa Institute of Technology.

The event is organized in collaboration with the US embassy Addis Ababa and the Ethiopian Space Science & Technology Institute.